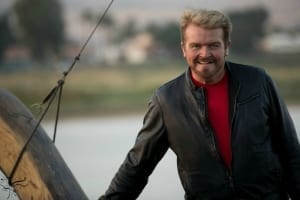 Ralph Messer is also the founder and president of ICTS (International Center for Torah Studies), whose mission is to build a foundation for men and women to reach their potential and successfully grow in a global economy and culture.  Throughout the world, he has set up learning centers in order to teach authentic business principles, as well as fundamental moral principles.

Additionally, Ralph is the current founder and owner of a television network (Torah.TV), which is globally based, using satellite and over 30 television stations which are owned and facilitated out of Parker, Colorado, in the United States.

Through STBM, ICTS, and his television network, along with his knowledge and experience, Ralph aims to:

In improving their lives, they will, in turn, improve the world.

Ralph Messer is a dynamic public speaker, an influential teacher, a compelling author, a successful businessman, and an entrepreneur.  His educational background includes degrees in accounting and business administration.  For 25 years he was a regional vice-president of a Fortune 500 company, where the focus was loss control and safety engineering, with commercial auditing and finance review in banking and credit-based industries.

In addition, Ralph is committed to raising awareness about the importance of Israel, the Israel Defense Forces (IDF), and the Israeli-Jewish culture and lifestyle—as they are all an integral part of a country which is now becoming the next Silicon Valley and MIT of the world in global technology related to education.  By using the ethics, principles, and educational models offered in the Torah, Ralph’s passion is to inspire others—regardless of religious affiliation or background—to connect with, invest in, and support the Land of Israel.